You get what you pay for with cheap alternatives, Fitbit for the win Hey everyone Patrik CK with a little experiment I’ve been running for the last month. As part of a new year’s resolution cliché I took on a new focus on my health and part of that involved getting a wearable pedometer.

Now I’ve been tracking my steps for the better part of the year using the Samsung Health App on my S9 but I wanted something that didn’t require pulling out my phone or for that matter having my phone on me all the time to check my steps or get a BPM reading which is a hassle especially when playing tennis. 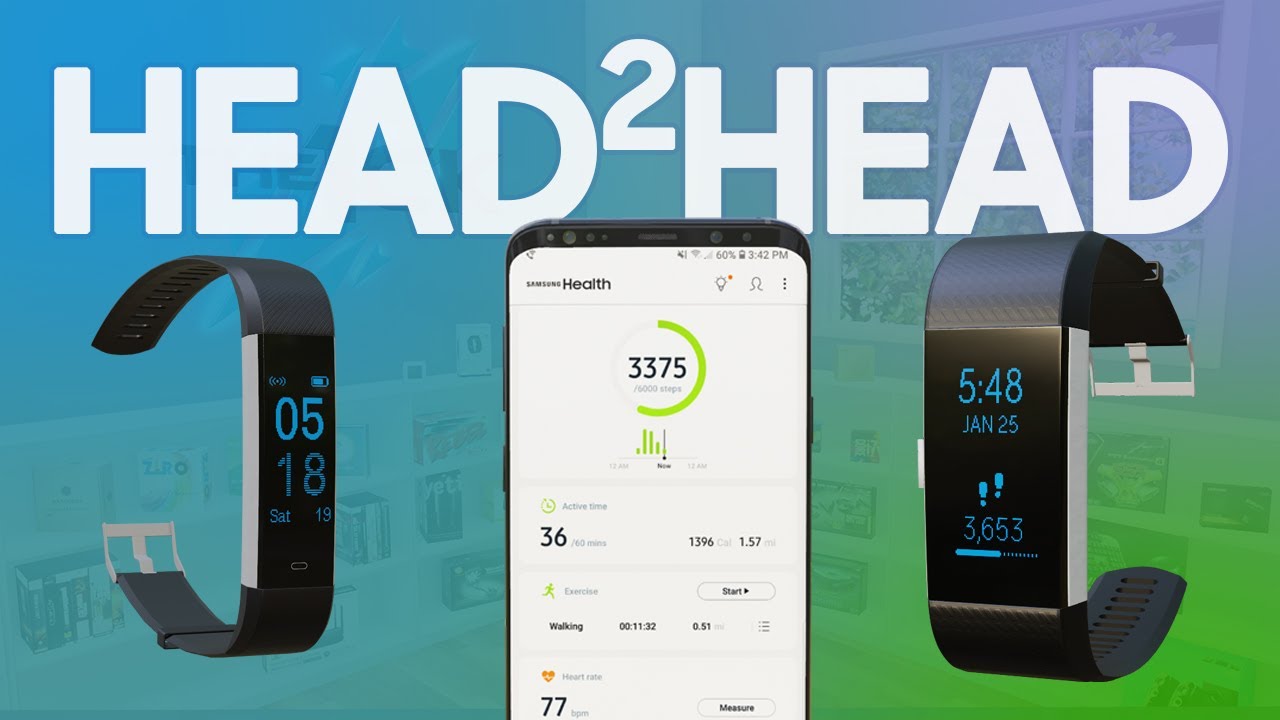 So obviously I looked at getting a Fitbit but geez they are expensive and for that sole reason I looked for some more affordable alternatives and found several on Amazon but settled on the LETSCOM Fitness Tracker HR a variant of several other more affordable wearable’s on the market. On the surface it looked good enough, it has rave reviews, in the thousands, it has basically all the same features as the Fitbit, and the best part, it’s only $30, so I bought it.

This isn’t an unboxing so I’ll just skip straight to the experiencing. For a $30 gadget, the device as a whole isn’t bad except for the peculiar way you have to take it apart to charge it. The bigger problem arose as I started to use it. Basically, the readings didn’t make much sense, I don’t want to boast but the numbers were way lower than I was expecting. There’s a good reason for this, more on that in a minute. I’ll be referring to the LETSCOM as the LFT from here on.

I started comparing the numbers I was getting from the LFT to the Samsung Health app and well they were off too. The steps recorded on the app were always higher. This brought up a good question, how would the app and the LFT compare to the real thing. So I ended up paying the luxury price for a Fitbit Charge 2 for the sole purpose of putting all three up for a head to head comparison on step accuracy. So the experiment began.

The setup is simple, I’m going to carry all three devises with me throughout the day for at least a month. I have cubicle job on the weekdays, a warehouse job on the weekends, I take regular walks throughout the day, and I play tennis so I’d like to think I cover most of the common scenarios for someone trying to track their steps in and out of dedicated fitness time. To get a good sampling of data points I’ll record the readings twice a day for all three devices, once at lunch and once at the end of the day.

Both of the wearables will be stand alone, as in not connected to my phone because who wants their Bluetooth on all day plus I can only have one connected at a time anyway. They are both using the latest firmware with my height inputted and the default stride length used. At the end of the experiment, I had 70 records from 35 days of inputs. Without getting too in the weeds with the math, I basically compared each record, gave the highest of the three a 100% and compared the others to it, then took the 2 daily records and averaged them out, then took the weekly records and averaged them out which gets us this beautiful graph, and finally averaging everything to get us a winner. Well, the results weren’t very surprising for the LFT. Right off the bat, we see it lags behind the others in some cases far behind. For the most part, the app and the Fitbit kept pace with each other, with the Fitbit even squeaking ahead enough times to win the average for a whole week.

Let’s dig in a little and see where the discrepancies are coming from. The biggest reason for the lackluster performance of the cheap tracker is a very peculiar behavior of its tracking system. Basically, if you don’t travel more than 20 or so feet at a time it will either not record those steps or record a few steps and reset to a previous reading. The crazy thing about this is some engineer wasted their time to program <if less than 20 steps – reset the previous count> which is a bizarre thing to implement, just keep counting! i++ people its simple programming.

This resetting behavior was beyond my comprehension, so I emailed the manufacture to see if I was missing something. They got back to me pretty quickly and basically confirmation that this is in fact the standard operating procedure for this thing. Even going so far as to say it might reset up to 100 steps! In the same email they also offered to refund/replace the devise which I thought was interesting, why would I want another one if it’s doing what it was designed to do? With that confirmation and a little more digging into several reviews that stated the same thing was happening to them this is obviously the reason for the poor showing. Keep in mind this isn’t an isolated issue, many of the other affordable activity trackers use the same software.

In other words this thing is basically useless for anyone that wants to track their steps and happens to work in a smaller setting where they are on their feet all day, teachers, nurses, dentists, restaurant/cafe workers all come to mind. They could literally walk around all day and this device would not save a thing or at best a few steps.

This actually happened to me when I stayed home for a day. All I did was walk around my small house, once in a while, and got the worst daily performance from the LFT during the whole experiment.

I made a few other interesting observations during the experiment. First on days I play tennis, the trackers catch up to the app with the FitBit even pulling out a lead on the other two. One reason for this that I came up with is at their core, arm movement is a principle way the wearables calculate steps and one thing you do a lot of when you play tennis is move your arms. I think this is the same issue that caused the app to lose out when I’m at my warehouse job. I do walk around a lot but I also stand in one spot and move product up and down shelves a lot too.

This principle system of tracking for the wearables also leaves the Fitbit at a bit of a disadvantage to the phone/app which can use GPS and all its’ other sensors to calculate steps on a more consistent basis and consistency is what helps win the race.

To give the LFT a fair shake I did a side experiment. At my weekday job I take walks around our building. It has a parking lot that wraps around it making it a perfect setting to test just how accurate all three devices are to a known distance. I mounted a GoPro to record the whole thing. The path I take I counted at 576 steps give or take a few. I did four laps and recorded the readings at the beginning and the end each time.

As it turns out all three were basically spot on. Looking at this graph you can see that when it comes to this kind of activity none of them had a less than 1% drift, making a final conclusion on which to use a little blurry. If it wasn’t for the ridiculous resetting issue on the LFT it would be perfectly suitable and I could even recommend it over the FitBit especially on price but alas this is not the case and at the end of the day the old saying “you get what you pay for” still reigns supreme.

One thing I will give the LFT other than the prices is that it held it’s charge twice as long as the Fitbit, it would last around 10 days compared to the FitBit’s 5, but I guess this isn’t exactly useful considering the whole resetting issue. Maybe they will release a firmware update to fix it, that’s all it will take.

Another small niggle I had with the FitBit was the lack of a charge indicator, so you only knew it needs a charge when it warns you that it has 24 hours of battery life left which is plenty of time to get home and charge it but it would still be nice to know ahead of time. Also their proprietary charging cable is a little clunky but I get it.

In the end you guys can come up with own conclusion but for me the app / phone wins with the FitBit a close second and well you know where the LFT goes.