In this episode, I wanted to solve a practical problem with a custom model. While the problem isn’t one that most people will have the process and steps I can to resolve it can be applied to other problems. 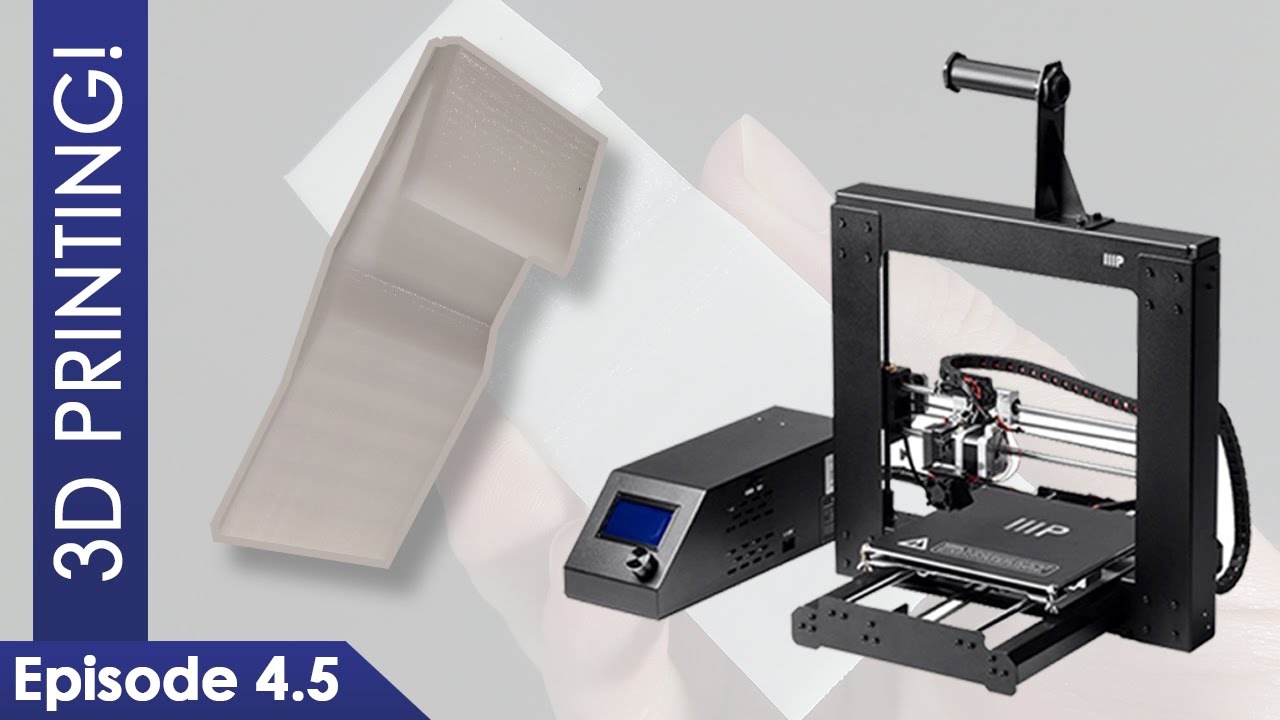 Ever since I got this printer I’ve been trying to find the best way to record the printing process because I personally think it’s an amazing thing to see something literally grow from nothing in a couple hours.

I’ve been frustrated by the fact that both parts of the printer actually move, constantly. Something I knew I would have to tackle going in. Due to the motion of both axes, the footage of the printing process looks pretty awful and I’ll be the first to admit it.

It’s pretty obvious that the camera has to be mounted in such a way that it and the print can move together. Of course, this is easier said than done.

You could just stick a mount directly to the surface of the print bed but this takes up valuable printing space and you will also have to remove it completely every time you have to calibrate the extruder height. Not to mention with the bed getting up to 60 degrees C or 140 degree F any adhesive will probably create a mess of the print surface, not an ideal situation. So the next logical position is on an arm attached to the bed. Again easier said than done. My first idea was to attach a metal bracket to the set screws on one of the corners but the first and second iteration of this resulted in the really wobbly footage. It was also a pain to take on and off and lastly, it had the unintended side effect of loosening the set screws during printing, something kind of obvious now.

Then I realized, I have a 3d printer, there must be something I can print that would attach to the bed and provide a solid platform for my old GoPro camera. I searched online for examples and to my surprise there simply wasn’t much out there, but then I stumbled on Purkkaviritys’ channel. He has a video where he shows a simple design for a camera arm and mount that slides onto the print bed and is basically held on by friction, although in a reply to a comment I made he did have to correct that fact and say some kind of adhesion would be necessary.

Never the less, I borrowed on his design concept, which was made for a different printer, and modified it to work with a special characteristic of the V2 design. Most may not have noticed this, I didn’t until I started looking, but the bottom plate of the print bed has a smooth round channel about 1.5 centimeters or 0.6 inches from the edge that goes around the whole plate, I assume for added strength and rigidity. You can see it clearly from underneath or if you look between the plates here. I thought I could use this channel as a kind of positioning anchor for the arm to keep it from moving back and forth while printing. This inspired the prototype for what I’m calling the monorprice maker select v2 camera mount system or MMSV2-CMS for short.

This design like the original is made to simply slide onto the printer bed but unlike the original, it will snap into place using these grooves. As I was designing the arm I did have to go through a couple iterations to fine tune the fitment. After the first-round, I didn’t realize the arm would have to clear this tiny gap between the bottom of the bed and the base support.

Another adjustment I made was to make it wider for extra stability and to accommodate more of the GoPro mount. The last thing I added, that was really critical for the whole thing, was this arm that will squeeze between the two plates and hold the whole mount in place. The final design measures in at 80.7 mm / 3.2 inches long by 16.7 mm / 0.65 inches tall by 31 mm / 1.2 inches wide.

The easiest way to print it is on its side which took about 2 hours on normal quality. When it was done I stuck the stock GoPro mount with the original 3m double sided tape a very slight angle toward the center of the bed. Then I slid the whole thing into place and done. I must say there is nothing more satisfying than hearing that snap when the arm locks in place, one of the added benefits are you can take the arm off and on without having to undo anything. Seeing it in action, I think it works great. It feels pretty sturdy and resists most horizontal movement. There are still some small vibrations when watching the playback at normal speed but at high speed, you don’t notice it and since no one is going to watch a 3-hour print at normal speed on YouTube I think we’re good.

Of course, nothing is perfect. The top of arm started to warp downwards from the heat of the bed it was pushing against but I didn’t see a noticeable impact. I’ll be fine-tuning this thing some more for a while.

I uploaded the design to both the Trimble 3D Warehouse for my SketchUp users and to Thingiverse if you want to print it as is, links to both in the description. The nice thing is you can modify it to suit your needs, you can make it taller, or narrower, or even print a mounting bracket directly to it, pretty much anything as long as you remember the clearance issue on the bottom.

If any of you peeps have ideas for improvements or a completely different idea for a mount don’t hesitate to share!

This will be a work in progress to make it more stable without making it overly complex. One thing I did discover is if you apply a piece of aluminum foil to the top of the arm it will keep from warping down.